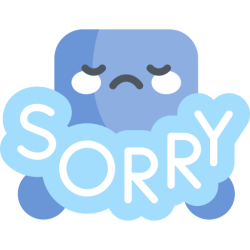 Sorry, no translation is available in your language at the moment!

It all started in 2008 with a slam about forced marriages, presented at a symposium on this topic organized by the organization “Voix de femmes” (Women’s voices) in Paris. Diariata N'Diaye (known as Diata) could not have imagined the impact she would have when she was writing "Française d'Afrique" ( a French woman from Africa). When she leaves the stage, Ernestine Ronai is waiting for her. The quality of this young artist’s writing and performance, on a difficult topic, had captivated the attention and interest of one of the most recognized figures in the fight against violence against women. Diata has a fascinating singularity: she never falls into sentimentality. Every time her aim is right, simply straight to the heart. This meeting was decisive. The exchange between the two women is direct and enthusiastic. Ernestine Ronai wants her to perform during “Rencontres Femmes du Monde” (Women of the World Meet) that she organizes every year in Seine Saint-Denis.

The two women then become close. They focus on the creation of a slam show written entirely on the topic of violence against women. It is intended to be presented to the secondary school students of  the Ile de France Region in France. Ernestine Ronai and L'observatoire des Violences Envers Les Femmes (The Observatory of Violence against women), integrates Dialem , the diata's band within the awareness raising project Jeunes Contre Le Sexisme (Youth against sexism). The show is called « Mots pour Maux » (Words for Pain) and is played in different rooms and configurations. This was in 2010 and from the first performances, Diata discovers, through the exchanges and the questions that are asked at the end of the shows, that this young audience has a real need to express itself on these subjects. This is her first awareness of the obvious lack of communication to the general public and the need for such an exchange. Her immediate reaction was to follow each performance with a debate in which recognized professionals are invited and talk to give more precise answers to the questions asked by these young people. In this way, she meets with Emmanuelle Piet and Muriel Salmona, two exceptional women who dedicate their lives to changing the way victims are identified and taken care of.  At this point, it becomes clear to Diata. Who better to learn from and train with, who better to be inspired and identify with? Diata has now definitively joined the fight and is preparing, armed with her enthusiasm and creativity, to put her heart and soul into the fight against violence against women. So while juggling her job as a youth leader, Diata spent hours on her development. Highly aware of how complex the topic is, she put great effort into learning and perfecting her achievements. She researched, read and viewed all literature on the subject. She attended multiple conferences, participated in many round tables, met and worked with several grassroots organisations (Voix de Femmes, le Gams, Sos Femmes, Femmes Solidaires,Cidff…). Diata is now leading the debate herself. By sharing her own experience, she creates a climate of trust that gives life to concrete exchanges in which young people also engage more intimately. And it works. Their need to express themselves longer and more deeply about their personal experience is constant. Because she knows from her own experience how writing can be important and a great way to express deep feelings, she set up slam writing workshops.

In 2011, in collaboration with the Ile de France region and the Adric, she led the writing workshops for "Jeunes Pour l'égalité" (“Youth for equality”), a programme for high-school students. These workshops revealed the extent of the violence, the number of victims and their great loneliness. Diata was deeply affected. In addition to this suffering, she realized that they were completely unaware of the existing support services available to them.  “The structures of aid, support and information exist, it’s simply necessary to make it easier for young people to access them”.

After completing the first writing workshops, she had two urgent needs :

Create a link between the school’s educational team, medical and social services and young victims. So now, in each new institution where Diata organizes a workshop, she begins by contacting the principal education counsellors, the nurse and the social worker.

Create a link between her audience and the support structures for victims. After every show and workshop, Diata distributed a leaflet about her group with the telephone numbers of victim support structures on the front. Later, she used the same method to spread these contacts when her album “Mots pour Maux” was released. The Observatory of Violences against women funded the production of this album in order to distribute it to all professionals in the Seine Saint-Denis department and all participants in the different events Diata organized or took part in. On each page of the album’s booklet, a relevant contact was indicated, in connection with the piece.

After more than 100 writing workshops, 150 performances and nearly 3,000 albums distributed, Diata is far from satisfied. Unfortunately, she still has evidence that the young public does not know enough about the means of support available to help them in the face of all forms of violence. So she looks for the answers to the questions that torment her:

How can we make sure that all participants, pupils and coaching staff, always have quick and easy access to useful content and resources?

How can we ensure that at any time they can access the content and contacts qualified to respond?

How can they raise the alarm and report their need for help?

As Diata thought about every session, every hour spent in various schools and organisations with young people, an idea came to her. The solution had been there all along, right in front of her, in the pockets and hands of each and every one of us: the mobile phones.

That was in early 2014 and Diata was determined to find a way to use mobile phones as a tool to make information and support against violence available to all.